The year 2012 is coming to an end and we would like to take this opportunity to remind everyone why we believe that it has been the year of the gut microbiota. Back in 2011, the European Society for Neurogastroenterology 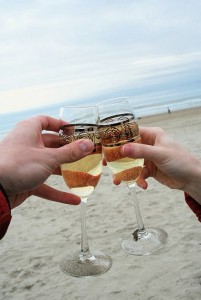 The year 2012 is coming to an end and we would like to take this opportunity to remind everyone why we believe that it has been the year of the gut microbiota.

Back in 2011, the European Society for Neurogastroenterology & Motility created the Gut Microbiota and Health Section to focus on this field. The launch of this new section, formed by experts from different disciplines, has been an important milestone for building knowledge and raising scientific and social recognition about gut microbiota. Among other activities this year, the section has launched two online platforms: Gut Microbiota for Health Experts Exchange, a website aimed at promoting knowledge sharing between experts by providing an independent, open and participatory environment; and the blog you are currently visiting, Gut Microbiota World Watch, which is devoted to offering relevant information about gut microbiota to the media and society in an easy-to-understand way.

Throughout the year, we have also seen how key international media such as The Economist, The New York Times, BBC Health, The Scientist or Scientific American gave important coverage to gut microbiota news and discoveries. From scientific reviews in Nature, to more general pieces of information, all of these articles contributed to spreading knowledge about this fast-moving field.

Last, but not least, several international events dedicated to gut microbiota took place during 2012. Among others, the First Gut Microbiota for Health Summit, which brought together more than 200 participants from thirty different countries in Evian, France. The topic was also addressed in workshops and sessions at other important scientific events, such as the Digestive Disease Week, held in San Diego, USA,  in May, under the sponsorship of the American Gastroenterological Association (AGA); the Joint International Neurogastroenterology and Motility Meeting, in Bologna, Italy, this past September; and the 20th Edition of the United European Gastroenterology Week in Amsterdam, The Netherlands, back in October; just to name a few examples.

It has been a very intense year, as you can see, with great visibility for gut microbiota research and issues. May this trend continue and expand during 2013, moving gut microbiota knowledge forward.

Happy New Year and our best wishes for 2013 from the Gut Microbiota World Watch team!

Food intolerances vs food sensitivities: separating the wheat from the chaff

Adverse reactions to food are on the rise and include both food sensitivities and food intolerances. Learn more about the differences between the two and the most important factor to consider before going on a restrictive diet.

Rural living, vaginal delivery, pet ownership, eating a wide variety of foods, low antibiotic use, and breast milk microbiota can prevent your children from developing a respiratory or food allergy. But what if differences in the gut microbiota could predict which children will grow out of their allergies?