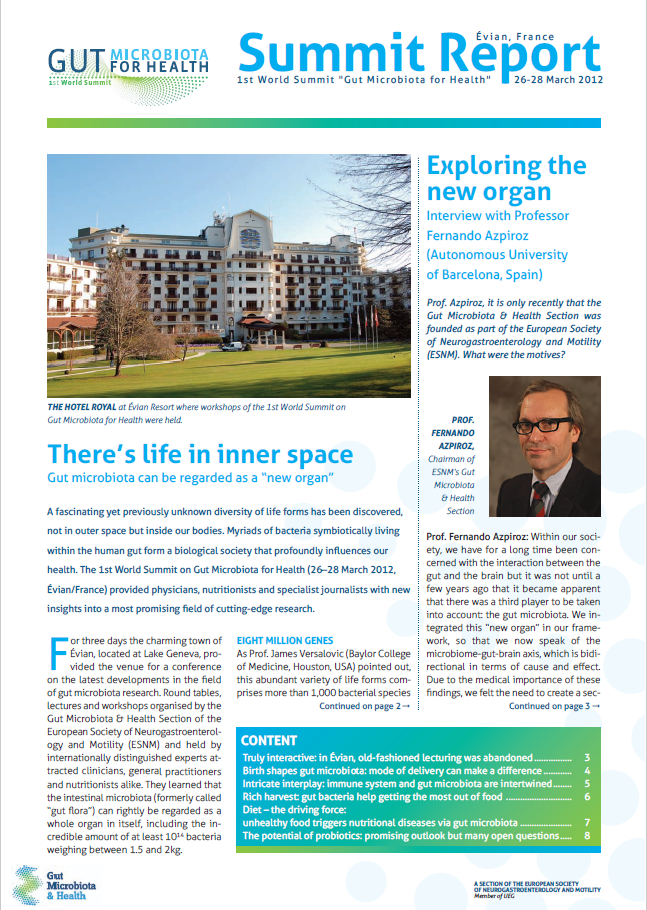 The Gut Microbiota for Health first world summit has taken place in Evian, France, from 26th to 28th March 2012.

The summit report has just been released by the section.