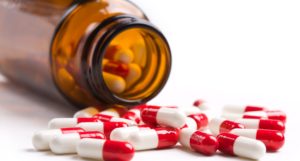 The use of antibiotics has long been related to a perturbation of the composition and functions of commensal bacterial communities. Some bacteria die in response to antibiotics while gut microbes that harbor antibiotic resistance genes survive. However, little is known regarding the impact of antibiotics on the eradication and recovery of gut microorganisms.

A new study, led by Prof. Oluf Pedersen from the Faculty of Health and Medical Sciences at the University of Copenhagen (Denmark), has found that most gut bacterial species recover gradually after four days of treatment with broad-spectrum antibiotics.

Through shotgun metagenomics, the researchers tracked fecal microbiota richness and diversity before and at four different time points in a 6-month period following a 4-day intervention with broad-spectrum antibiotics (meropenem, gentamicin and vancomycin) in 12 healthy men. This multidrug cocktail was designed to reproduce current prophylactic antibiotic treatments in intensive care units.

The subjects’ gut microbiota made a nearly full recovery—measured by Shannon diversity as an indicator of alfa diversity—after 1.5 months. The recovery was also strain-specific, as some strains present at baseline recovered by 6 months, whereas other strains of the same species did not.

After 6 months, however, participants were still missing 9 common species present at baseline. Further, a few pathobionts, including Escherichia coli, Veillonella spp., Klebsiella spp., Enterococcus faecalis and Fusobacterium nucleatum, had colonized the gut and, at the end of the study, disappeared or returned to baseline levels.

On the whole, at 6 months, some microorganisms became extinct, others survived and others that were absent at baseline colonized the gut from scratch. The microorganisms detected at baseline that disappeared during the study included Bifidobacterium species and butyrate producers (Faecalibacterium prausnitzii, Roseburia hominis, Anaerostipes hadrus, Coprococcus eutactus and Eubacterium ventriosum), along with Methanobrevibacter smithii. Interestingly, Clostridium bolteae started blooming at week 42 post-treatment, which can be explained by the unfavorable gut conditions triggered by antibiotics that allowed it to form endospores that germinated afterwards.

These metagenomic findings were concordant with results found in in vitro susceptibility tests dealing with antibiotics and gut commensals.

The researchers also analyzed the role of antibiotic resistance genes (ARGs) in gut microbial persistence using a method that links ARGs to the metagenomic species from the integrated gene catalog of gut microbial genes. Although there was no enrichment of ARGs targeted to each antibiotic category under study (b-lactams, aminoglycosides and glycopeptides), the researchers reported an increase in the functional potential of antibiotic resistance—involving MEP genes that codify in order to transport proteins that participate in the extrusion of antibiotics—and an enriching of virulence factors following antibiotic exposure.

These findings show that the microbiota is relatively resilient and tends to return to a pre-treatment state without intervention after 1.5 months. However, exposure to broad-spectrum antibiotics may also compromise the diversity of the gut ecosystem, while possibly affecting specific functional pathways and resistance genes involved in gut microbe colonization and survival.